The workshop will seek, through a general review of the most representative in the field of graphic experimentation in the field of design, provide students with the necessary references to expand their creative horizons. Reason and intuition will be used to conceptualize a specific message (image-text relationship) and the search for resources will be practiced for the creation of an accurate graphic.

On a practical level, the workshop focuses on non-digital expression processes (illustration, drawing, painting, photography, clipping, collage, etc.) until a unique and effective result is applied to the poster or flyer. The objective is to extol the analogous processes with respect to the digital ones in order to develop personalized and consistent proposals moving away from the generalized and therefore predictable aesthetic. 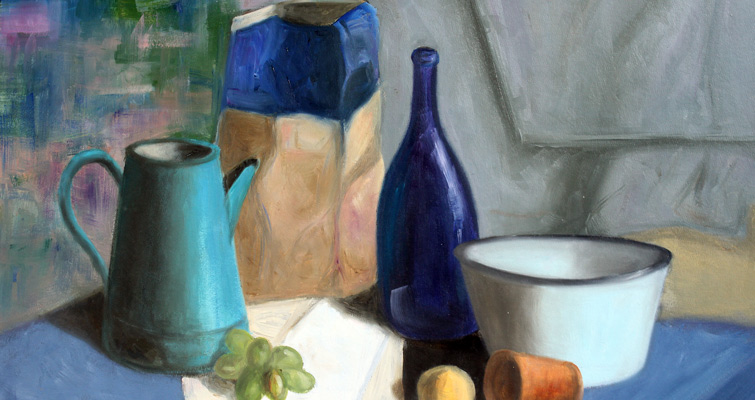 The workshop will be held on Mondays and Thursdays from 7 pm to 9:30 pm at Border. It starts on Monday, July 14 and ending on Thursday, August 7. There are 8 sessions of 2 hours and a half which gives a total of 20 hours.

Pd is a graphic programming language used by multimedia creators around the world to develop works mainly associated with computer music and interactive multimedia installations. Being an open source project, it is constantly under development and constantly updated. Pure Data I and II is a 30-hour workshop in which the student will learn the basics of Pd.

From elementary programming, the use of different types of messages and the first resources to trigger processes. These bases will serve to continue with the subsequent Pd III workshop, oriented towards the creative use of the program in multimedia installations and towards composition. No previous experience is required to enter the workshop,

The workshop is practical theoretical. It will seek that the student understands the new artistic forms such as Live Cinema from the review given, to the history, aesthetics and culture of vi-jing. Subsequently, work will be done in the process of producing a visual performance. Conception of the idea, development of the same, lifting and capture of image and processing of it from Modul8 which is one of the most intuitive programs that exist. As a final project, students will develop their own VJ set from which three will be chosen, which will be presented live, as a collaboration, in different electronic music events in Mexico City.

In this second download, we offer you an exclusive track of one of the most important Mexican projects, as we have defined in Discoteca, these ¨Cirqueros¨ arrive ride, play, assemble the party and disappear …… we bring for you ¨DECK¨ of Dapuntobeat piece which will be included in its next release.

ABOUT DA PUNTO BEAT
Dapuntobeat is a project that was born in 1998 in the heart of the Balbuena Garden (df), and since then it does not stop burning the dance floors on which they are presented. His live shows are blunt, effusive and devastating.

They have shared a poster with bands like Stereo Mc’s, The Freestylers, Bentley Rhythm Ace, The avalanches, Orbital, The Juan McLean, Fat Boy Slim, among others.

They have appeared in forums such as the International Festival of Benicassim, Spain in 2001 (www.fiberfib.com), They have edited several ep..s and some of their themes have appeared in compilations such as The one that makes it scream. In 2005 they participated in several festivals such as the Manifest and the Fète de la Musique at the Casa Francia.

In their role as producers, they have made projects such as 60..s Mexican stars remixed, an album with remixes of classic songs from the sixties voiced by Angélica María, Alberto Vazquez, Manolo Muñoz, in addition to having made remixes for artists such as Placebo, Beastie Boys among many others.

In 2006 they participated in the soundtrack of the 1973 film, winner of the JVC award at the Guadalajara international film festival.

Now comes “Velodrom”, the newly released album by Dapuntobeat by Chivaltraco Sound, its own Label, and distributed by Musart in MEXICO, next to be released also in Europe and US.

In 2007 they made several tours throughout the north of the Mexican Republic and a tour that covered New York, Spain and Sweden.

This 2008 Dapuntobeat prepares to make an extensive tour of the old continent and the United States, as well as conclude the production of his next studio album, by the end of 2008.